AminataThe girl who was ‘too beautiful’ for her own good 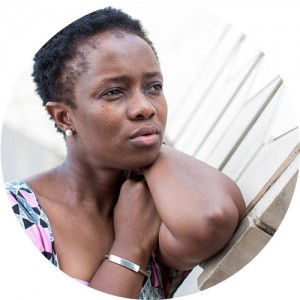 She is the girl who was ‘too beautiful’ for her own good. All her friends used to say, ‘When the rebels come to Freetown, you will be the first they will take.’ And they did. She was kidnapped by a violent and drug-crazed rebel to be used as a sex slave for many months.

Aminata has not only survived, but she is now happily married and a wonderful mother to two beautiful children. She has also done something extraordinary. After barely surviving the difficult birth of her first child herself, she has now set up her own not-for-profit charity, The Aminata Maternal Health Foundation . Sierra Leone currently has the highest infant mortality rate in the world. The Foundation’s aim is to create more maternal health facilities in a country that has next to none, to give mothers and babies a better chance of survival back in Sierra Leone. Aminata is also a designated Ambassador for Australia for UNHCR, in the role of ‘an inspirational speaker”.

Back to The Women

If you would like to get in touch, please send an email to hello@africanladiestroupe.com

Get Updates on this project